Since its founding in 1912, Kansas City’s Blue Hills Country Club has seen many changes.  Most significant is the club’s location.  Originally at 61st and Paseo, Blue Hills Country Club moved to its current address, 777 West Burning Tree Drive, in 1963.  The similarities of the club yesterday and the club of today are much more remarkable than the differences.  Blue Hills has always been recognized as one of the finest clubs in Kansas City.   For a century the grounds have been impeccable and the staff highly trained.  Friends have laughed and families have gathered to celebrate the most important moments of their lives.  The golf course at both locations has presented challenges for players of all levels.  World-class golfers speak fondly of their experiences at Blue Hills and jump at the chance to return.  Blue Hills Country Club members have always been a charitable group.  They consistently have focused not only on enjoyment of the club but also on using their platform for society’s greater good.  Members exhibited extraordinary generosity and commitment to charity by facilitating the Children’s Mercy Hospital Golf Classic for twenty-five years, beginning in 1980.  Joining with hometown links legend Tom Watson, the membership of Blue Hills positively impacted the lives of thousands of Kansas City’s sickest children.  It is the legacy of quality and foundation of family that will successfully carry Blue Hills into its second century.  While its members look back with pride, they look forward with excitement and anticipation.  As members have been saying confidently since 1912, “It’s going to be a great year at Blue Hills Country Club.” 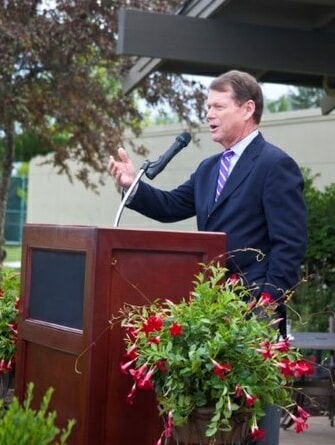